India is a cash heavy economy, with almost 78% of all consumer payments being effected in cash. India’s preference for cash as a payment instrument is further reflected by India’s significant cash to GDP ratio of (12.04%), which is substantially higher than comparable countries.

As per report issued by Watal Committee, it is stated that “India’s dependency on cash imposes an estimated cost of approximately INR 21,000 Crores on account of various aspects of currency operations including cost of printing new currency, costs of currency chest, costs of maintaining supply to ATM networks, and interests accrued”. 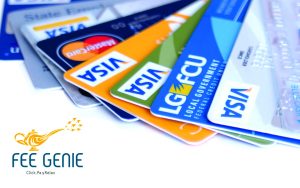 Changing method from cash to digital payments is estimated to bring about a significant reduction in costs incurred on account of inefficiencies associated with cash and other paper based payments. By certain estimates it was find out that changing method from cash to an electronic platform for government could save approximately INR 100,000 Crores annually, with the cost of the transition being estimated at INR 60,000 to INR 70,000 Crores. (Source: Watal Report)

Technology has given rise to several innovative use cases. While payments have traditionally been associated with banking, on account of their adjacency with banking services, technology has transformed payments and eliminated the requirement for physical transfer of value, making invisible payments possible within electronic commerce. Further, recent Government initiatives such as the promotion of the JAM Trinity (viz. the PMJDY, Aadhaar Based Authentication and Mobile), have led to the development of indigenous technology led payments solutions.

Emergence of technology led payment solutions such as payment services based on Unstructured Supplementary Service Data (USSD), Direct Carrier Billing (DCB) and Aadhaar Enabled Payment System (AEPS) have put digital payments as a focal point of reforms towards reducing the extent of cash usage in the economy.

Revolutionizing the Education Fees Payment System in India, Feegenie is India’s first multi-utility & user-friendly online portal focused to provide a solution to millions of payers/parents/members across India, enabling them to pay all kinds of fees online anywhere, anytime through Feegenie – “The Revolution”.