IS IT A GOOD IDEA TO DECLARE UNION BUDGET 1 MONTH EARLIER?

The government of India on Tuesday finally announced that Union Budget will now be presented on 1 February, in order to depart from the old-era tradition of presenting the Union Budget on the last working day of February. The announcement has come a day before the beginning of the month-long Winter Session of Parliament, to be held from 16 November to 16 December.

Prime Minister Modi argued to all states government to present their bills earlier in a way that they can take advantage of this move and yield improvements over their annual bills. 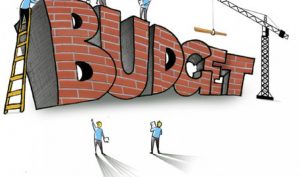 In order to facilitate the early presentation, the Finance Ministry had proposed that the Budget Session be convened before 25 January, a month ahead of the current practice.

According to experts, the advancement of budget announcement date will help the entire budgetary exercise to be over by, and the Finance Bill to be passed and implemented from 1 April onwards, instead of June. It’ll help companies and households to finalize their savings, investment and tax plans.

The advantage of this move is here that the Finance Bill will be passed in the Parliament in the next two months — February and March, and expenditures can begin from 1 April, unlike now. As per the traditional practice, after presenting the Budget in Parliament on the last day of February, the Cabinet has the last month (March) left to get all the legislative approvals for the annual spending and tax proposals before the beginning of the new financial year on 1 April. In order to ensure better implementation, early presentation of Budget will provide at least 2 months to get the legislative approval of expenditure as well as tax proposals, which can be come into effect right from the beginning of new fiscal.

As there are benefits of earlier coming of budget, there are also some demerits. As said by some experts that, “Data for the current year is important for the formulation of budget, as in the case of 28 February, we get quality data of nine to 10 months but advancing the budget announcement date by a month there are probable chances of substantial error in order to get the data faster and also that we’ll have a month’s worth of less data.

And from the view of political parties and media, behind this move there is the election schedule would be a consideration.

Concluded to this it can be said that advancement of announcement date of Union Budget will ultimately benefits the economy as a whole.

Also visit Feegenie for more informative articles like this.