Shed off Your Interest in Old Notes NOW!!!!!

Cabinet on Wednesday cleared promulgation of an ordinance to penalize persons holding junked Rs 500 and Rs 1,000 notes beyond March 31.According to the new rule, a person holding old currency in excess of 10 notes will be punished with imprisonment for 4 years along with a fine of Rs. 50, 000 or five times the amount caught — whichever is higher. Old notes can be deposited in banks till Friday, December 30. After that, only people who could not deposit their banned notes because of exceptional circumstances i.e. because they were abroad, or in inaccessible areas or are in the military will be allowed to do so, that too at the RBI. A magistrate will hear cases involving violation and decide on the punishment. 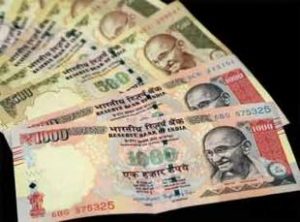 The maximum number of banned currency notes that anyone will be allowed to keep is 10.With this ordinance, Prime Minister Narendra Modi and his cabinet has ended the liability of the government and the central bank on the banned notes to prevent future litigation. Unless the liability ends, the RBI cannot turn away anyone carrying an old note. According to the RBI, more than 13 lakh crores in old notes has already returned to the system as deposits. People with undeclared money in old notes will have a one-time window to deposit their undeclared money in banned notes and pay 50 per cent in tax and penalty. But anyone caught by the taxman will have to pay almost 90 per cent of the amount they have, says the government.

This situation demands an alternative digitalization solution . In the present scenario online transactions are the smartest way of collecting or making payments. FEEGENIE provides availability of digital payments mode at any time and from any place. Just in few clicks, you can avail the services either by using Smartphone or Android App, to pay a larger amount of fee online without any hassle.