Salaries/Wages can still be paid through cash

President Pranab Mukherjee has approved The Payment of Wages Ordinance, 2016, to enable industries to pay wages through cheque or by direct credit into bank accounts of workers without their permission. 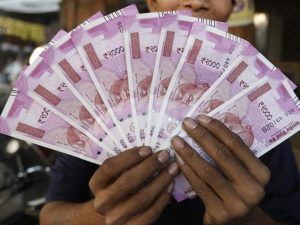 The Payment of Wages (Amendment) Bill 2016 comes in the wake of measures taken by the government post demonetizationto move toward a cashless economy.
The bill was introduced by labor minister Bandaru Dattatreya and seeks to amend section 6 of the Payment of Wages Act, 1936 which allowed the option of wages to be paid in coins, currency notes, and required the employers to take permission from employees before paying salaries through cheque or bank credit.The ordinance, promulgated on December 28, however, doesn’t make payment of wages mandatory through the banking system and employers can still pay salaries through cash.

The bill states that the payment of wages through cheque or crediting it in the bank account of employed persons will reduce the complaints regarding non-payment or less payment of minimum wages and increase the standards of living of the workers, besides serving the objectives of digital and less cash economy.
Although the bill does not mention any specific sectors, the president of trade union BharatiyaMazdoorSangh, said these included construction, textiles and some state-run companies.The ordinance empowers the Centre or State governments to specify industries or establishments where wage payment can be made mandatory through the banking system.